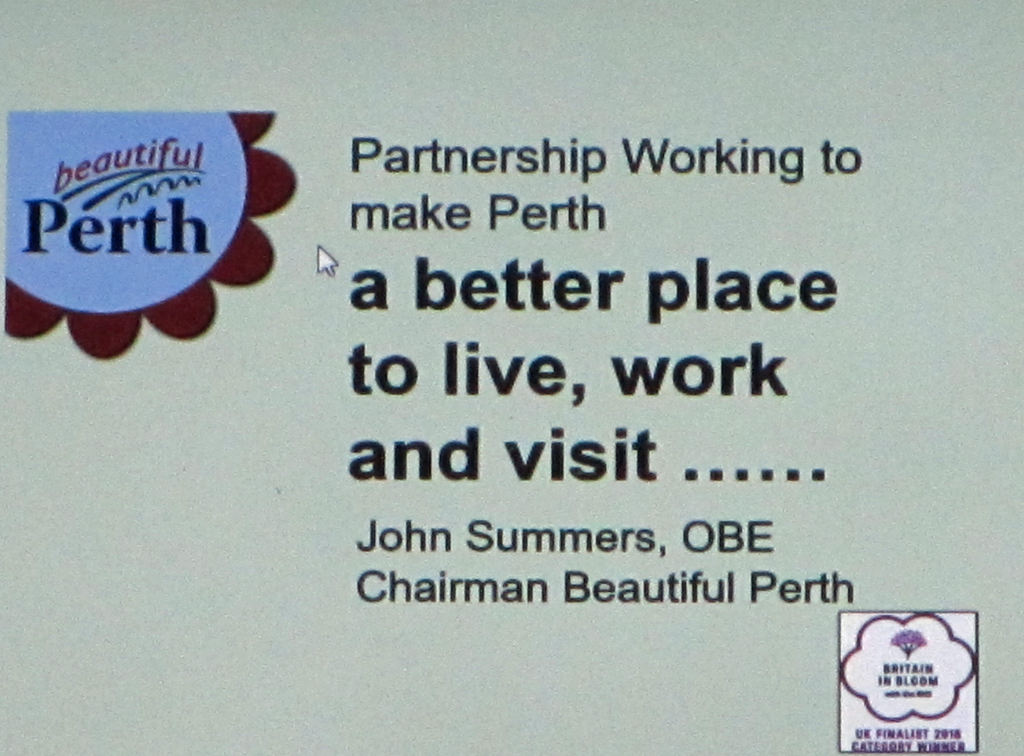 John Summers, Chairperson of “Beautiful Perth”, gave a very informative talk to twenty nine members of the jointly organised RHS of Perthshire and Perth & District Fuchsia Group May meeting. He spoke about the history of “Beautiful Perth”, the projects that are underway and the group’s aspirations for 2019. He stunned the audience with the current number of groups within Perth and Kinross Area, around 49, and how quickly the concept has grown since its founding in the mid 1980’s when Perth was to be shunned as a tourist destination for being litter strewn and dirty with dog fouling. Nowadays residents are keen to be associated with such national environmental successes within Britain in Bloom and are happy to back John Summers in his bid for Champion of Champion in 2019.

This May meeting follows a very successful talk in April given by Tom Sneddon and Andrew Cathcart  on “Streptocarpus and Fuchsias” which was organised by Perth and District Fuchsia Group as part of the partnership between the two societies of   RHS of Perthshire and Perth & District Fuchsia Group. Plenty of gardening hints and tips were exchanged between all present and light refreshments were served after the talk. 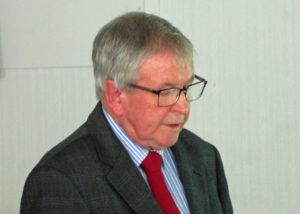 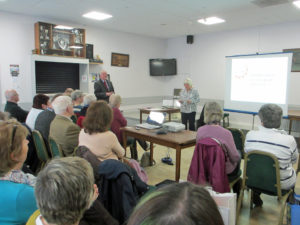