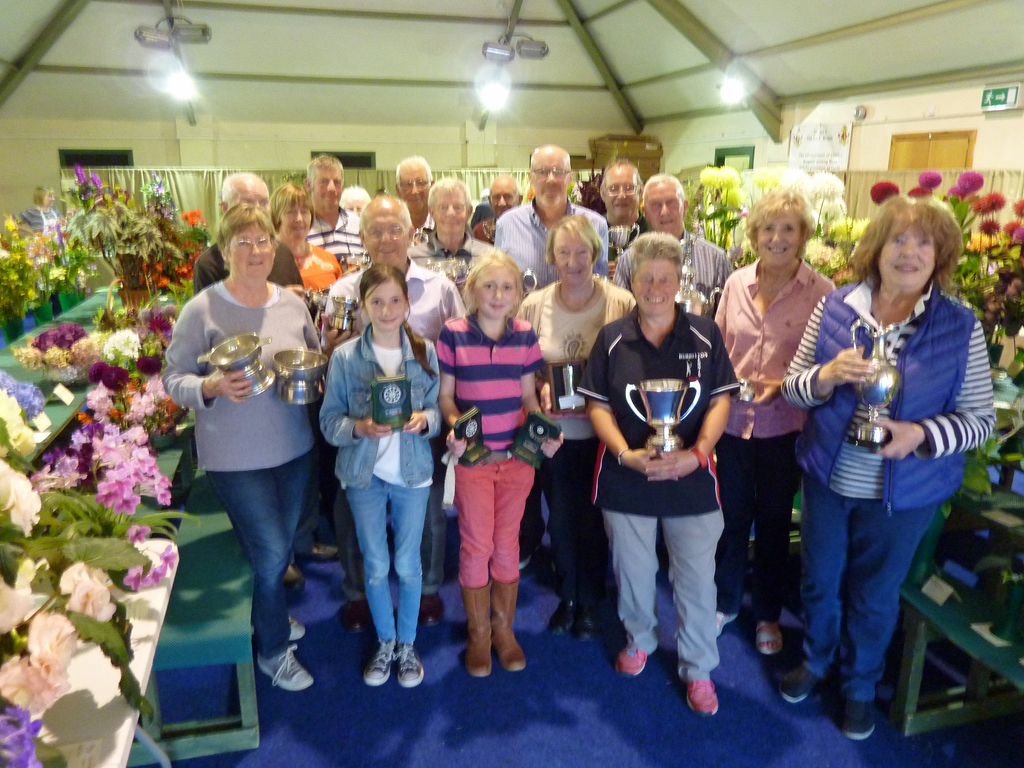 The altered format proved successful with some new exhibitors joining the show.

Challenging weather conditions in the final few days did not appear to have affected the high quality of exhibits staged. Exhibits in the floral design classes astounded the judge Shona Leckie with the artistry and interpretation of the titles. Also the cut flower and potted plant judge, Jim Jermyn, commented on the outstanding quality of many exhibits which were top quality if entered in larger national horticultural events.

Well done to all who entered or helped organise this event.

A gallery of photos from the show are displayed in the gallery section.

The Victory Challenge Cup– Awarded to the most outstanding exhibit in Cut Flowers, Pot Plants or Hanging Containers sections – Classes 1 – 36

The Perth Merchants Challenge Trophy – Most First prizes in show

The Rosebank Challenge Trophy – Best exhibit in Classes 25 and 26

The Donachy Trophy – Most points in section